Start rewriting this website in XHTML 1.1 Strict and CSS 2.1

Pictures will be replaced by beter quality copies.

In the mid '70s of the last century a fellow ham made a copy of the HW8's PC-board for personal usage. With transparent paper and a famous Rotring Isograph ink pen he spend hours and hours redrawing the design. I bought an original assembly manual and we started the QRO project, building a QRP transceiver. I believe we finally assembled four or five "homemade" clones of the HW8. At least three of them are still in use nowadays.
Several components were replaced by European equivalents and the enclosure construction is somewhat different. The VFO is of excellent stability after some warm up time (at least mine's is).
Later on I added the RIT control as described by WB5WOQ in QST January 1981. Due to that, there was no place for the preselector in my cabinet. So I peaked the RF filters in the CW parts of all bands and mounted the RIT potentiometer at that point. After many years, the small rig is still doing a great job although the AM break through is sometimes boring.

Below you see three pictures from the inside of my first HF rig which I still love to use. 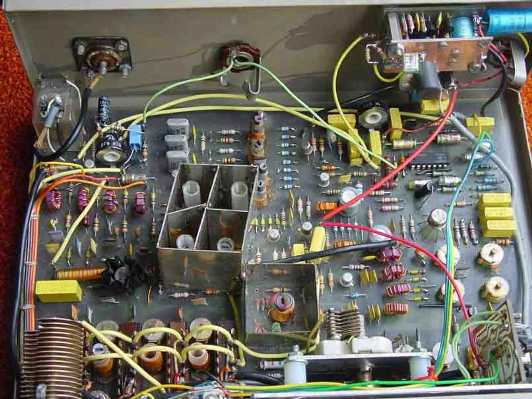 In the upper right corner is a little 1W audio amp. 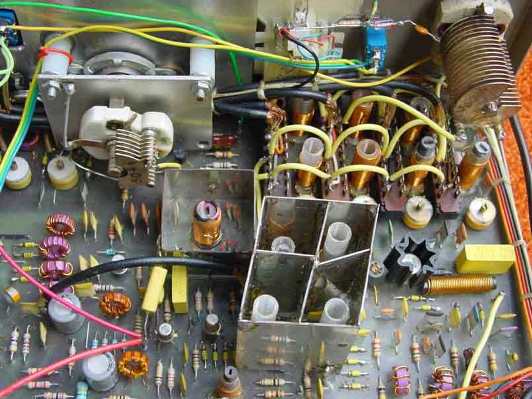 Close-up of the driver and PA stage. 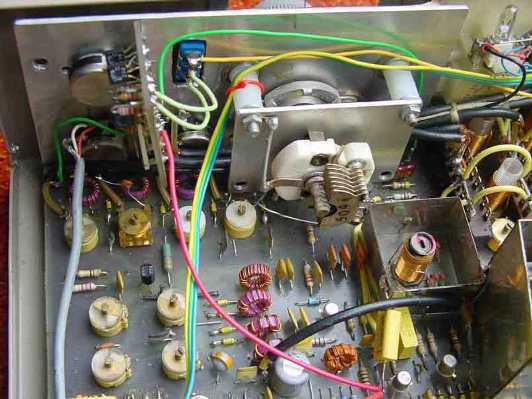 VFO and RF parts. I used 4C6 material for almost all toroids.